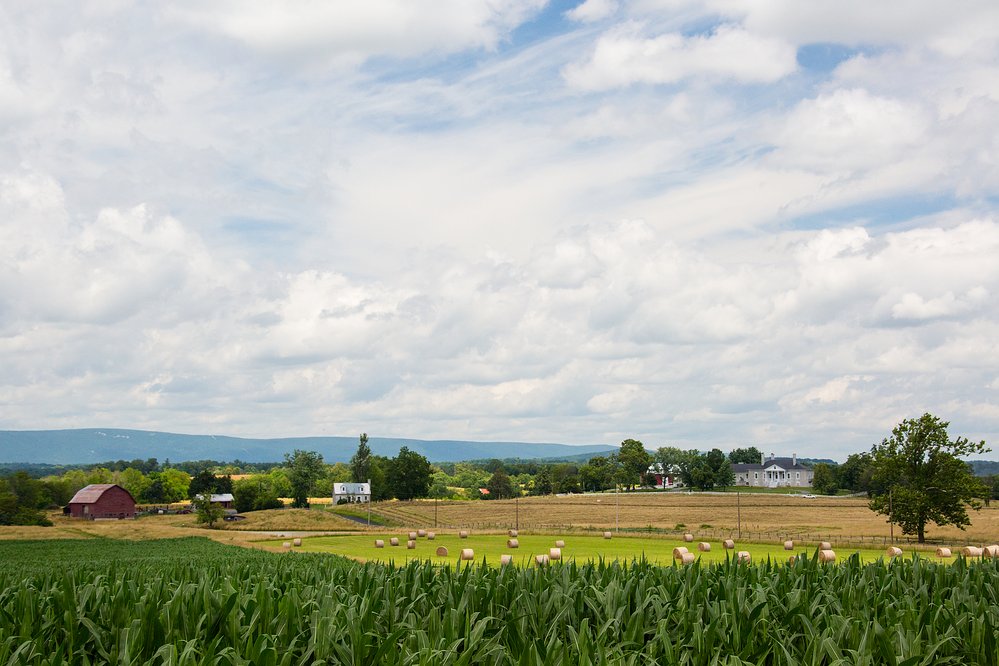 You are now located at stop #1 on the auto tour. Face the wayside exhibit labeled “Eve of Battle” and you should be facing north to northwest and clearly across the fields in front of you, you should be looking at the Belle Grove Plantation Manor House. Which was being used by General Sheridan, the Union Commander as his army’s headquarters. On the eve of the battle of Cedar Creek, the Army of the Shenandoah was camped on the fields around you. Numbering approximately 32,000 men, this army consisted of three army corps. The 6th Army Corps, the largest corps, was actually camped beyond, west of, and beyond Belle Grove. The army center was held by the 19th Corps, which was located south of Belle Grove, or to your left front, on the high banks above Cedar Creek. That would be to your left front, marked today by the dark woods you see, not directly to your left front, but the second tree line, on the high banks above Cedar Creek. The army's left was held by the 8th Corps, sometimes called the Army of West Virginia, on the east side of the Valley Pike, which is today Route 11 that you are located on. So that is behind you and to your left about a mile and a half to two miles to your left rear. At this point of the campaign, after having won victories at both Third Winchester on September 19, and then Fisher’s Hill on September 22 followed by the Burning in late September and early October General Sheridan believed the campaign was over and that Early’s Army of the Valley posed no threat, Sheridan believed that all he had to decide what part of the Army to leave as a holding force in the Valley to watch General Early’s army. So he left the Valley on October 15 to attend a Council of War in Washington DC. Little did he realize that his army would soon come under attack and that of course would be the Battle of Cedar Creek on October 19th. So at our next stop, stop 2, we will discuss General Early’s attack and how this came about. You can now proceed to stop 2, follow the self-guided directional auto tour signs you have been following so far along the tour route. 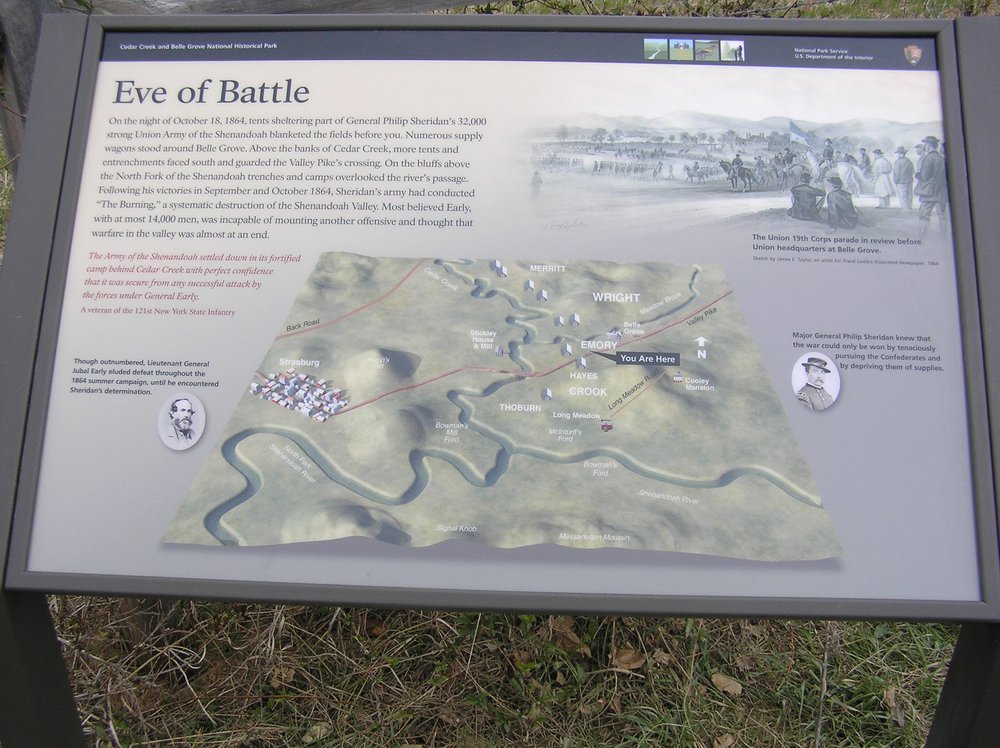